In each other, they found a best friend who shares their common interests, visions for the future, and allows them each to be 100% themselves!
Continue

A Poolesville Wedding Videographer's Look Into Their Love Story

Show Some Love For Daniel & Megan

Coffee and bagels brought Daniel and Megan together however there first meeting wasn’t in-person. This cute pair were virtually matched thanks to the well-known dating app, Coffee Meets Bagel! When they first viewed each other on the app, they were immediately drawn to each other’s outdoorsy, athletic, and goofy profiles. After exchanging messages back and forth, they decided to meet face to face. Their first date was dinner at Compass Rose, followed by standing in Logan Circle for another hour talking about politics, religion, traveling, music, playing tennis, watching hockey…until it started to rain! Finding that they had so much in common, it was an easy, mutual decision to keep making plans to see each other again. Before long they were in-sync and even cracking the same jokes at the same time. As their relationship and feelings grew stronger, it dawned on them how great they were together while just being themselves.

When we asked Daniel and Megan when they knew marriage was the next chapter in their love story, Megan shared “NIne months into our relationship, we went backpacking through Torres del Paine in Patagonia and shared a tiny tent for 10 days. After that, I thought we could handle anything. We have perfectly compatible lifestyle preferences, goals, and are dedicated to growing together. Once you figure out you have so much in common and share visions for the future, getting married makes a lot of sense.”

In their free time, Daniel and Megan enjoy making each other laugh and playing with their cat, Luna. They also like to eating food from other cultures, host their friends at their house, and staying active with different sports (snowboarding, ultimate frisbee, tennis, and watching hockey).

Above everything else, Daniel and Megan value honesty, compassion, and selflessness. humor, and humility.

is located in Poolsville, Maryland. The Village offers endless opportunities to support any type of  an event. Each space is dressed in classic furnishings, elegant fixtures and restored detailing making Aix La Chapelle a picturesque venue with a unique experience for you and your guests.
See OUr Full Review 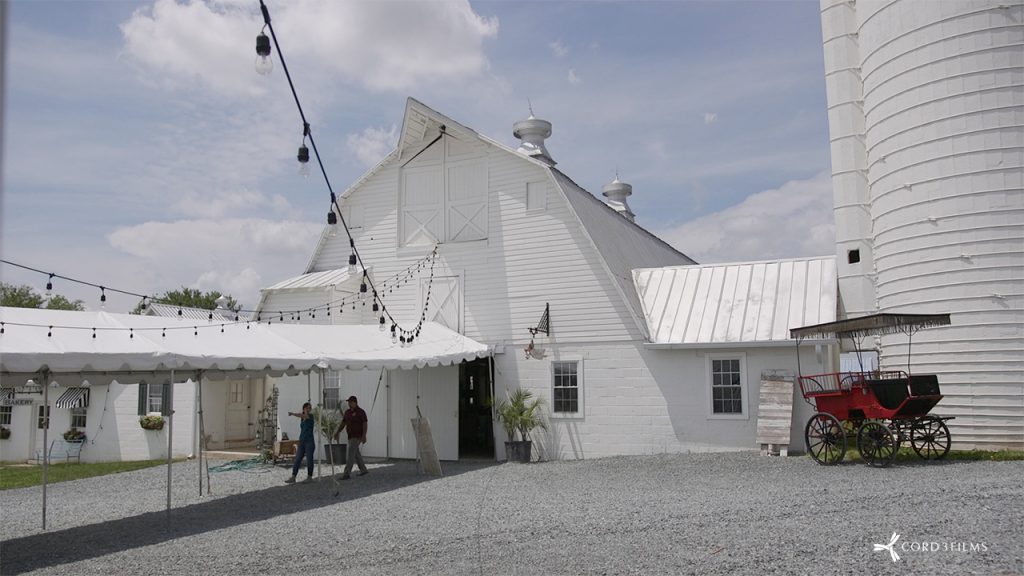