These two couldn't be s'more in love and ready for the adventure of a lifetime!
Continue

A Frederick Wedding Photographer & Videographer's Look Into Their Love Story

Show Some Love For Kali & Nicholas

Kali and Nick’s love story began thanks to a mutual friend which caused their paths to cross! Kali was working at her first job, alongside one of Nick’s childhood best friends, at Red Run Grill. Nick would often stop by the restaurant to see his friend at work. This friend soon introduce them to each other which led to Kali and Nick talking to each other and going out with mutual friends. After spending more time hanging out and getting to know each other, they finally went on their first date! They both realized soon after that there was something special between them. Nick would often romantic, little things to show his feelings for Kali such as leaving her flowers, decorating her car windows, and bringing her chocolates. As Kali said, “Nick is so thoughtful every single say, and he was clearly trying to win me over…and it worked!”

When we asked Kali and Nick when they knew marriage was the next chapter in their love story, Kali shared, “After dating 7 1/2 years we decided that it was the perfect next step in our relationship! Marriage was somethin we had always seen in our future but waiting for the right time was crucial to us both. We knew within our first year of dating that we were destined to be together. We even have a picture that was taken in a photo booth of Nick ‘proposing’, right outside the move theater on one of our first dates!”

In their free time, Kali and Nick both love to travel and explore new places together! Whether they are camping in a tent surrounded by nature, or visiting local breweries and wineries, they love making memories and finding new favorites that they can revisit. Ohiopyle Campsite holds a special place in their hearts as it was where Nick officially asked Kali to marry him! These two also enjoy nights in which they binge-watch shows on Netflix, and hang out with mutual friends, family, and their fur-baby, Bandit.

Above everything else, this Kali and Nick value honesty, religion, and always putting each other first.

located in Frederick, Maryland, is nestled on 190 acres of enchanted farmland, Bluebird Manor offers the picturesque wedding you want close to the city. From the charming bridal suite and outdoor ceremony site, to dancing the night away in their elegant chandelier barn, this wedding venue has everything to create the picture perfect wedding of your dreams!
See OUr Full Review 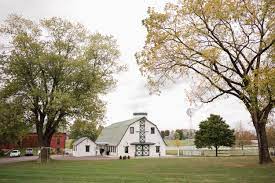