A Sterling Wedding Photographer & Videographer's Look Into Their Love Story

Show Some Love For Katharine & Jim

Katharine and Jim first met at Villanova before the start of school in the summer of 2012. They were both at orientation for their job at Tech Zone. On the first day, Jim showed up 15 minutes early for orientation, and Katharine walked in juuuuust as it started, setting the tone for every event they would attend together for the next 10 years. As Jim learned the ropes from Katharine (she had worked there the year before), their friendship grew, and they started spending time together outside of work. After a month of trying to play it cool with his crush, Jim finally asked Katharine out and the rest is history. Through the next two years at Villanova, they celebrated fun experiences, supported each other through difficult coursework, and even made it through the harrowing ordeal of being part of a group project together for a class.

Once they both left Villanova in 2014, Jim moved on to the submarine force in the Navy, and Katharine began Optometry school at Salus University. Both of them kept busy with many other activities, Katharine taking on the position of general manager of the note taking service and Vice President of student council during her off hours at Salus, and Jim extending his stay at school in upstate New York to help train the submariners that went through the program after him. Throughout it all, they made sure to still make time for each other and tried to see each other as often as possible. As the distance grew further, their hearts only grew fonder for each other.

Once Jim was finished with his time in the Navy and Katharine was finished with her residency in Philadelphia at The Eye Institute, they decided that they would join each other once again in the Washington D.C. area. Katharine started her current job with John’s Hopkins’ Wilmer Eye Institute, and Jim took a position getting back to his computer engineering roots at the Center for Naval Analysis, working on a project for FEMA. As they continued to date, they were ecstatic to finally be able to be in the same place together. When Jim asked Katharine to marry him in February of 2022, it was the culmination of almost a decade worth of dating, and they are now looking forward to celebrating a lifetime together. 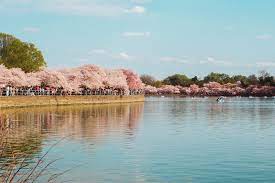 At the Trump National Golf Club, Washington D.C., a venue located in Potomac Falls, Virginia, there are over 600 stunning acres for couples and guests to discover and enjoy. While you will be situated around 26 miles away from the city of Washington, D.C., you will get to step away from the business of the city and enjoy the natural beauty that abounds at this premier wedding venue site. A highlight of the Trump National Golf Club, Washington D.C. is being able to exchange your vows while atop the man-made water sculpture, with wonderful views of the Potomac River and golf courses in the background.
See OUr Full Review 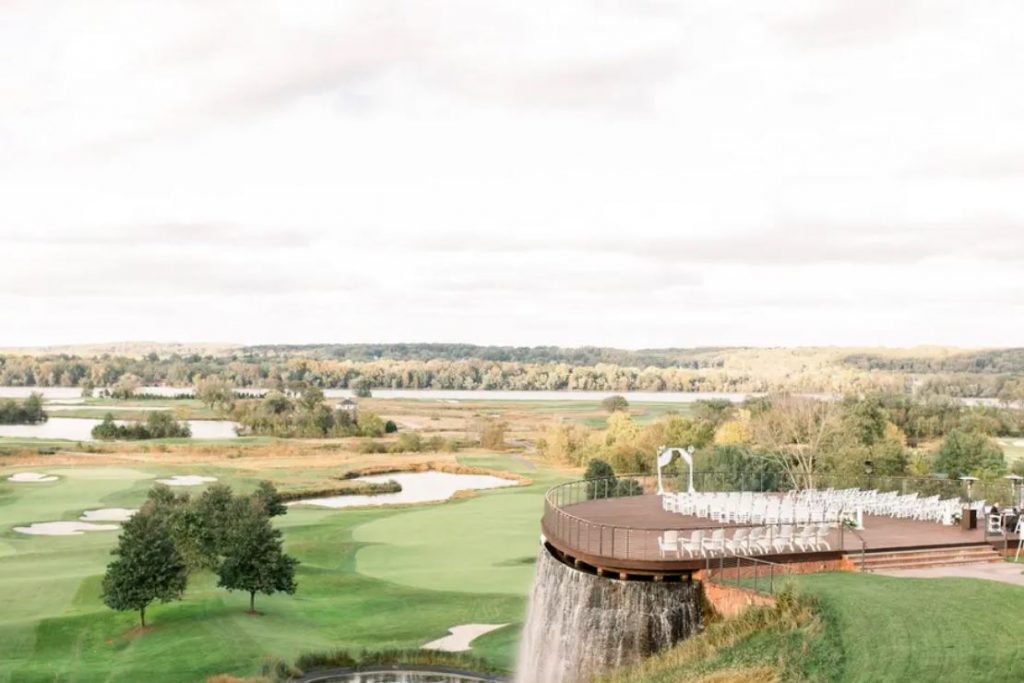