A Gaithersburg Wedding Videographer's Look Into Their Love Story

Show Some Love For Lazaro & Ellen

The odds of two people (out of millions) meeting and falling in love is already an extraordinary thing and when you add in them being from different states it makes their story one in a million.  Originally, Lazaro was from Washington DC and Ellen was from Illinois before she relocated to the East coast to attend college. They first met as coworkers at Panera Bread. However,  it wasn’t until they happened to take the same statistic class during their fall semester at MC that they began speaking. and getting to know each other. Before the end of the class for the semester, they had decided to officially begin dating. As their relationship progressed, they soon learned (to their amazement) that their families had actually been neighbors from the same city in El Salvador – though they had never met them. What a small world! Although miles and circumstances took them in different directions, it was destiny knowing these to were meant to that brought them back together!

When we asked when they knew marriage was the next chapter, Lazaro shared ” We’ve been dating for eight years and decided to get married after purchasing our first home.”

Their favorite things to do together are going on travel adventures and exploring together, going out to eat, cooking dishes side by side, and watching movies.

Above everything else, Lazaro & Ellen value faith, family, and love.

Located near Rockville, MD, the hotel is less than 45 miles from three major airports, and is a short drive to the metro station that takes you into downtown DC. Take a short walk to rio Lakefront for shopping, dining and entertainment for the whole family, or host your next business event or dream wedding in our elegant meeting rooms and banquet halls. The lake beside our Gaithersburg hotel creates the ideal backdrop for an outdoor wedding.
See OUr Full Review 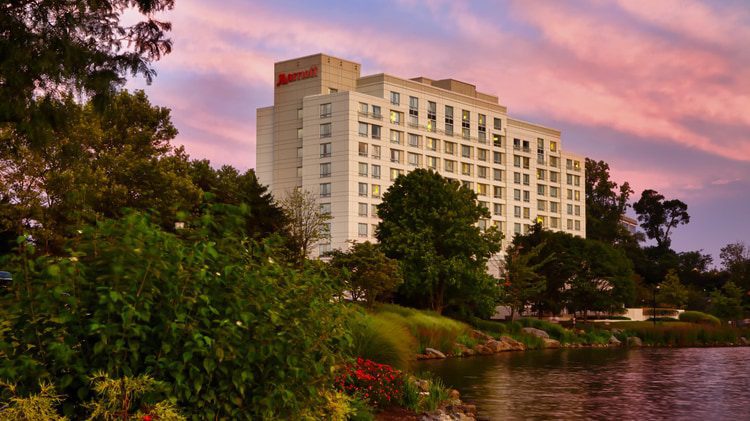