Out of all the fish in the sea, these two are simply meant to be!
Continue

Show Some Love For Lindsay & Truett

Red, white and blue brought Truett and Lindsay together as they first met at a 4th of July party in 2013. Their mutual friends seemed to have a feeling that these two might hit it off, and at the party they helped connect Truett and Lindsay together. Sparks flew immediately and the two of them went on their first date to Fish Market the very next night! Lindsay was instantly attracted to Truett’s good looks and charmed by his humor. Truett later admitted that Lindsay had caught his eye previously when she was out with friends, and he had always wanted to ask her out on a date.

However, there was a twist in their story as Lindsay was set to move to Austin, Texas in two weeks. They both agreed they would soak up the time they had left and spend as much time as they could while they were still in the same state. It wasn’t long after the first couple of weeks of Lindsay and Truett being together that they realized how much they enjoyed one another and valued each other’s honesty and openness. They then decided miles could not separate their strong feelings for one another and they decided they were going to make a long-distance relationship work. The next 365 days were filled with countless texts, phone calls, and trips to visit, each one only making their relationship stronger, and their love grow. After a long year apart, Lindsay finally moved back to Alexandria and the couple was reunited! On December 19, 2020, Truett made it “o-fish-al” when he proposed to Lindsay at the Fish Market where the two had their very first date!

For Lindsay and Truett, it was never a question “if” but “when” they would get married. Lindsay shared, “We always talked about the future together. We both knew early on that we had found our person and soulmate in each other. It is an amazing feeling when you know that with this person next to you that together we can tackle whatever challenges life throws our way.”

In their free time, Lindsay and Truett enjoy spending time with their friends and family. They also love having fun and discovering new things together whether they are watching new movies, traveling to new places, or trying and cooking new foods.

Three values that Lindsay and Truett have built their relationship on are the love of their family and friends, strong communication skills, and working together and being a team.

The Barn at Willowbrook

near Leesburg Virginia, The stunning white wedding barn will captivate you, sitting high on a hill, surrounded by endless views. Willow Brook is a gathering place nestled in the rolling hills of Virginia wine country that calls for cherished family and friends to join together in
See OUr Full Review 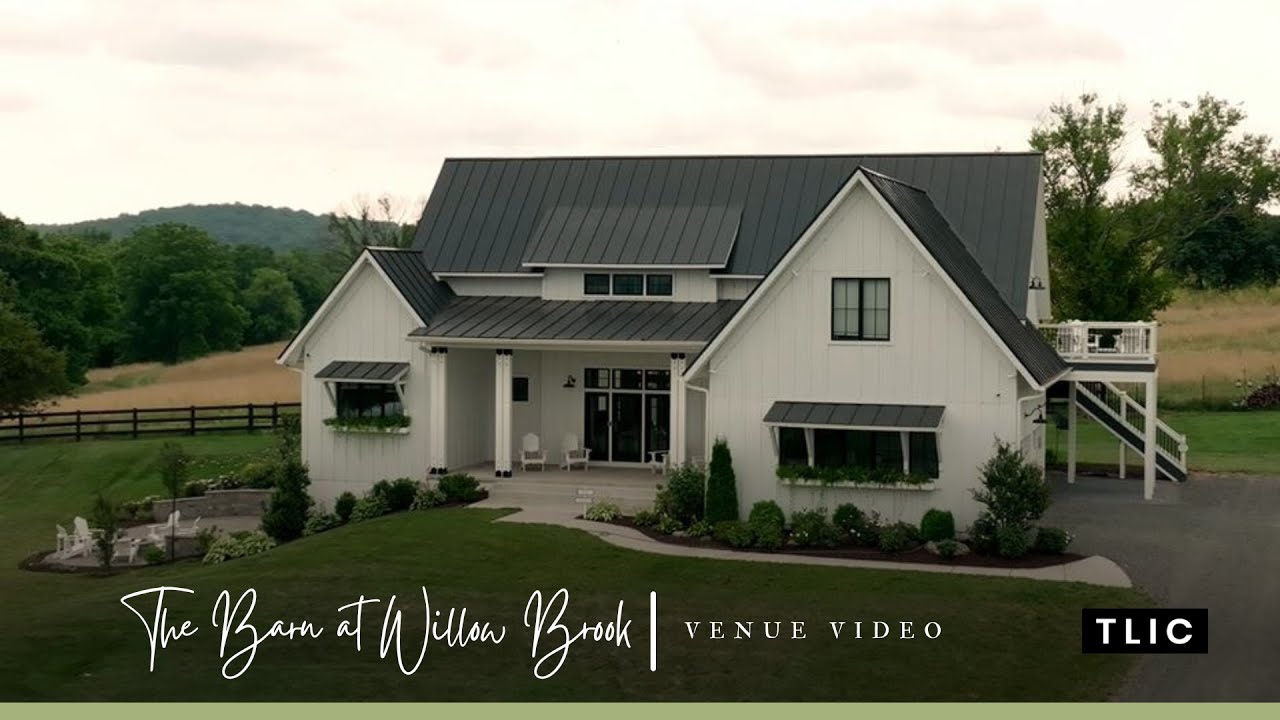