The separate roads of their lives joined their hearts together to make one beautiful path.

A Pasadena Wedding Videographer's Look Into Their Love Story

Julian & Natalia met at a time when neither of them were looking for love. During their sophomore year at Mount St. Mary’s University, both had just ended long term relationships and were looking forward to some time to themselves. Fortunately, they found each other instead. When talking to the two of them, Julian and Natalia will both say that when they met it was as if they had known each other forever. Being together felt effortlessly natural and the two found themselves almost immediately inseparable. Julian and Natalia’s friendship quickly blossomed into a romantic one, to the surprise of absolutely no one around them. In the years since they started dating,

Julian and Natalia have continued to bond over their shared taste in music, their interest in always finding the next best restaurant, and the love they share for their dog Mila. When asked what their favorite thing about the other person is, Julian admires how Natalia calms him and always makes him feel at peace, while Natalia appreciates how Julian makes her feel secure in being her true self around him.
As they both recount their years of laughs and quality time together, they are excited to embark on the journey of marriage where they will continue to grow, explore, and always make time for one another.

The Bayfront Club located in Pasadena, Maryland. Escape for the wedding of your dreams in the timeless elegance of their picturesque grounds. Surrounded by manicured lawns and the stunning Chesapeake Bay, the Bayfront Club dazzles your guests with superb cuisine and exceptional service. Your waterfront wedding will be one you will remember forever. 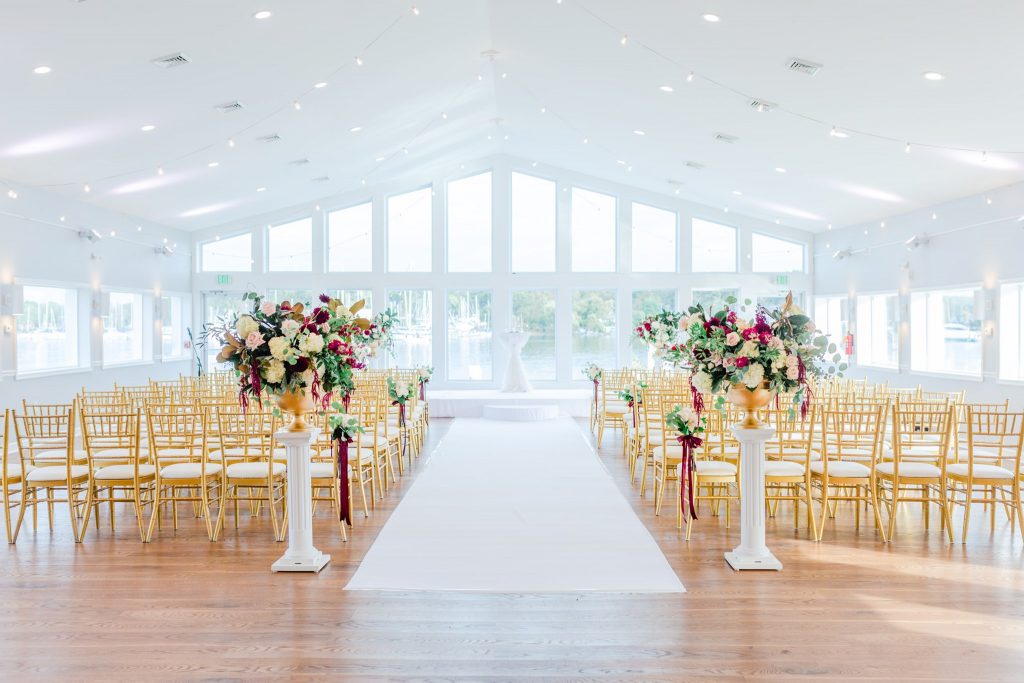