Want to be an Amazing Wedding Videographer?

I’m editing in Premiere Pro. Your editing program will have these tools but might have a different label.

Intro to editing 101. To be a great editor you have to understand keyframing. I am going to jump into keyframing techniques. If you need an introduction, watch this video.

Changing the timing of keyframes will make or break your edit. Keyframes come by default with a linear timing. This means that if you set your keyframe to go from 0 opacity at 0 seconds to 100 opacity at 10 seconds your opacity would change 10% each second until it gets to 100. Linear timing is almost always a bad idea. It’s uncommon in the real world to see things happen at a consistent velocity. Even while driving in cruise control, life passes by at different speeds and timings.

You must take the speed of your keyframes into consideration when editing. The mood of your edit changes based on the scene. Is it quirky, romantic, hasty, ambiguous? The way you keyframe different effects can fit the scene or feel out of place.

Almost every effect in premeiere can keyframe. Pick your effect (opacity, blur, motion etc.) and place it on your clip. Use the Pen tool (P) to put a keyframe on the clip. When you right click you will see many options. Auto Bezier, Ease In, and Ease Out are all quick speeds changes that you can apply to your clips. They are better than linear for most circumstances but avoid relying on them. What you want is to select Bezier.

Bezier will give you the ability to adjust the velocity of the keyframe. Do you want something quirky? Make the effect come in fast and leave slow. Do you want something romantic? Make the effect come in slow and increase the velocity a bit throughout. Play around with bezier. Make it your best friend. Find random clips from Envato Elements and evoke an emotion from your keyframes.

Most of my wedding films have a smooth transition with my audio and video effects. This makes the video feel more romantic and sentimental.

These next two edits are more for audio but have a massive impact on your video.

These cuts make audio come in or out to set the scene or close a scene before you actually get to see it. The L-Cut is audio that comes in before the start of a scene. You may have a few seconds of a song or dialog start to play in a scene of a park to establish the next scene at a restaurant. On the flip side (see what I did there), J-Cut continues to play the audio after the scene has ended. The J-Cut can make a scene feel more impactful and pass off the emotions from the first scene. Either way, both cuts make the transition from scene to scene feel more natural.

Often time I will use this for speeches. I have a good 5-8 seconds of a speech playing before I show who is the one speaking. I like to also use it when adding natural sound effects. The bridesmaids reaction sounds better when you use a J and L cut on both sides of the clip.

This is a powerful psychological transition. Sometimes the transition can happen in a continuous shot. Other times it happens between cuts. It is the art of giving the viewer an easy way to “trace” what the main subject is doing. Take note when watching each scene of your film. Is there a point when your eye drifts off from one side to another. Eye-Trace is less important in full films as it is for quick edits like your wedding highlight video. Make sure that from shot to shot the viewer is either looking in the same spot or you direct them to the next subject.

This is important in any film but especially with your wedding highlights. A great way to test this is by pointing a pen to your subject. Go from scene to scene and observe how much your pen moves. Did it move by your directing or was it a brass jump? Proper eye-trace technique is the difference between a good and rough edit.

Open up to this video about eye tracing

All the rest of the cuts require you to do some work while you are filming. If you inherited crappy footage to edit some of these will not be so easy.

Motion cuts play a big part in eyeare more of a rule of thumb than a law. The flow is easier for your viewer to follow if you keep your subject moving in the same direction from clip to clip. This also applies to camera movement. If I dolly in on clip one then pan right on clip two it can be jarring. If that’s what your going for, great. Most of the time you will want your clips to be cohesive.

I will use this in my wedding films to spice up my stationary shots. By using keyframes I will move a shot from left to right to match the gimbal movement from the previous clip.

One incredible keyframing technique that makes your edits stand out is frame blocking. This editing technique make the transition from one scene to the next feel so natural if done right.

You use something moving across the frame or moving the camera behind the foreground. Then doing the same direction for the next clip you can get the right set up for this wonderful transition

Often time I will use the wedding photographer or a wall as a tool for frame blocking. I make sure they are close enough to be blurry while my subject stays sharp.

See the video below to learn about frame blocking.

You can create dramatic transitions like the ones seen in Peter McKinnon videos. You can create these with the environment around you.

Disclaimer; I wouldn’t recommend you do this type of transition for every couple.

While at the wedding you go crazy with your camera. A time that this will work well is during dancing and other fast-paced events. Take your camera a bit out of focus and shoot the scene by moving the camera with rapid direction change. Do this for every scene that you think you might use it in. You don’t need to have it be exact. It can tie one clip to another even if the transition you created is arbitrary. The most important thing is that has to look like the subjects your transition from and to.

This might be a transition better explained through video.

I hope this article serves you well. I have grown so much in my ability to make quality wedding films because of these techniques. It will take you a bit to get them down but as you practice you will find that it becomes second nature.

For more tips about wedding videography please leave a comment. I am happy to share my knowledge.

As the leading wedding videographers in Frederick, Maryland, we always put you first. Although videography is our passion we partner with the best vendors is the industry. You can even find some hidden discounts when you bundle services with us!

To learn more about the services we offer at TLIC Media, please click here.

We have not yet, but would love the opportunity to do a destination wedding. Let us know about your destination and we will be there!

get in touch with us by clicking here. 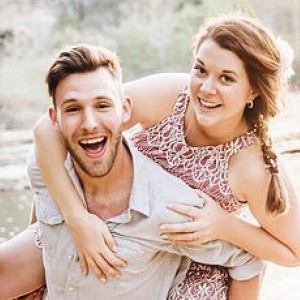 Chris and his wife Lexy have been pioneering positive change for the wedding industry since 2017. Chris has the heart to see weddings that last. His hope is that the videos and photos TLIC captures will remind couples of their first love.

We’re all familiar with traditional wedding photos where the couple’s standing and posing. In 2022, however, sit-down wedding photos have become the hottest trend. Your …

3 Wedding Photos with the Perfect Pop of Color!

Your wedding album should be diverse. It should include a mix of photos in different locations, with different colors, and in different styles. Yes, photographic …

The Forest Wedding Photography Style: Why Is It So Popular?

As one of the most popular wedding photography trends of the year, the forest-themed photography style has been heavily requested this year. We don’t see …