A humerus beginning to their love story all beginning with a post-it!

A Gaithersburg Wedding Videographer's Look Into Their Love Story

With a shared passion for the medical field, Taylor and Sean first met while they were both working at an orthopedic practice. Taylor was working as a medical scribe, and Sean was working as a medical assistant. Though they were sharing a workplace they had never had an opportunity to really get to know one another. That all changed the day Sean went to happy hour with some of the women from work. It was during this outing that Sean admitted that Taylor had caught his eye and he “thought she was cute.” The next day one of the ladies made it her mission to set these two up. She began asking Taylor all about her dating life, and casually mentioned that someone in the office was interested in taking her on a date. Taylor did not have a chance to answer as she was rushed off to an appointment, and ended up finishing out her day not realizing something very important. At Sean’s request, the lady had left a post-it note with Sean’s number on her desk. Sean had been at PA school interviews at the time, anxiously awaiting Taylor’s text, and when he did not receive a text from her he was disappointed and assumed she was not interested. After Taylor had found this post-it, the mishap and confusion was quickly cleared up and the two soon went on their first later that week. A fun fact to their love story’s beginning is that Sean now works as a PA at the same practice, and works for one of the surgeons they both worked for at the time they met!

Taylor and Sean both admitted that they knew for a long time that they wanted to get married. However, their dream was put on hold temporarily as life tossed in some challenges. The couple’s focus shifted to getting into graduate school, balancing their studies, adjusting to a long-distance relationship (Taylor was in St. Louis and Sean was in Brooklyn), and preparing for their careers to take off. Ultimately though their hearts were always set on each other. Taylor shared, “Now we have that space to start the foundation for this next chapter of our lives and do it in a way that we have always dreamed of!”

Together this couple loves cooking and making dinners together, venturing to new breweries or vineyards, exploring new things, outdoor activities (such as kayaking, hiking, going to the beach), and playing Call of Duty (the couple jokes that Taylor for a ring and Sean got an Xbox)!

Three of the things Taylor and Sean value most are compassion for others, adventure, and their family, friends and relationships with their loved ones.

With over 500 acres, Tusculum Farm is a venue located in Laytonville, Maryland, offers an authentic farm experience for couples and their guests. This farm dates all the way back to 1747 and prides itself with having the main purpose of drawing families together and celebrating life. The farm stayed in the Freeman family for many years until they decided to welcome couples and their guests to their farm who were looking for a special site to exchange their vows. 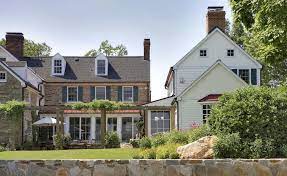