They only thing they love more than watching horror movies together is each other!
Continue

Show Some Love For Tiffany & Matt

Morgan and RJ’s love story began completely by chance as they bumped into each other one night in downtown Frederick at Bushwaller’s. Though they had only brushed by each other in passing, Morgan had caught RJ’s eye and he immediately told her how beautiful he thought she was. That had been the moment fate stepped in to bring these two souls together. They immediately clicked that first night they met and knew they wanted to see each other again. It was clear to both of them that there was something special about one another and knew there was a spark between them. It wasn’t long before they were inseparable, and they found themselves planning for the future…together!

When we asked Morgan and RJ when they knew marriage was the next chapter in their love story, Morgan answered, “We cannot imagine our lives without one another in them. We’re both excited to build our life together, create memories, and achieve our dreams”

In their free time, Morgan and RJ love to walk around downtown Frederick and try different breweries and restaurants. They also like to watch their favorite sports teams and spend time at their favorite vacation spots. Aside from consistently making each other laugh, Morgan shared “Another one of our favorite things to do is have lazy Sundays spent going to church and then eating our weight in snacks. “

Above everything else, Morgan and RJ share faith in their religion, their love for their friends and family, and the vow to always put one another before themselves. 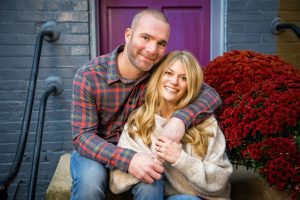 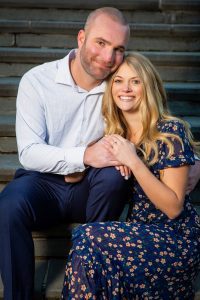 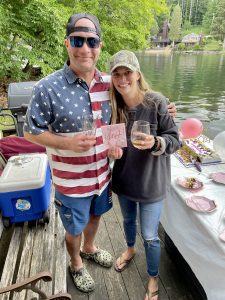 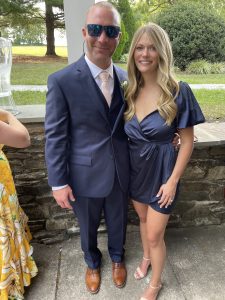 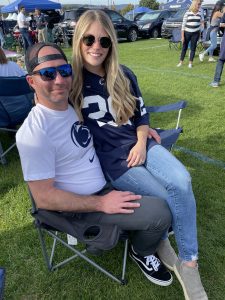 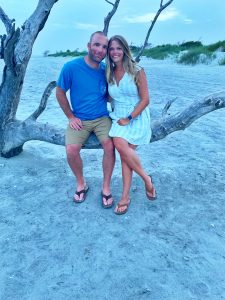 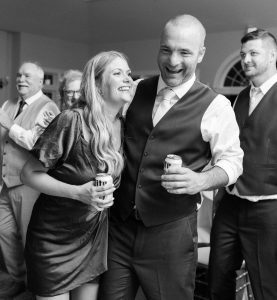 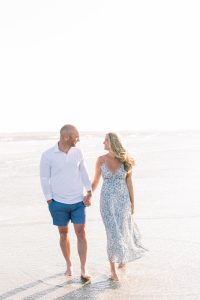 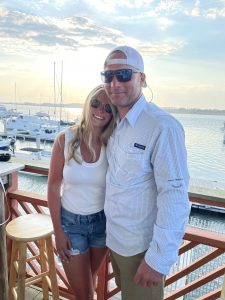 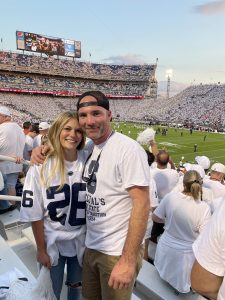 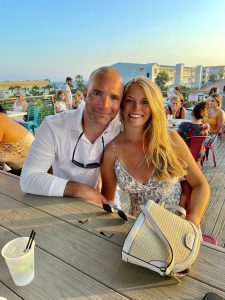 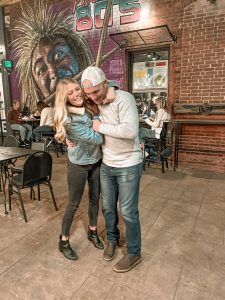 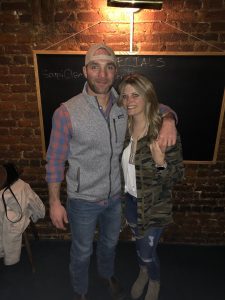 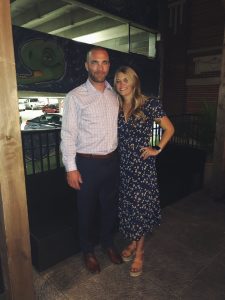 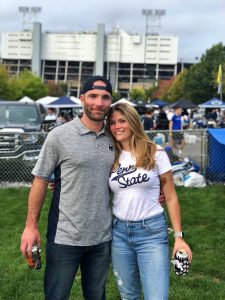 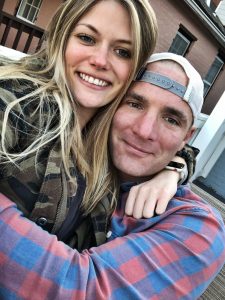 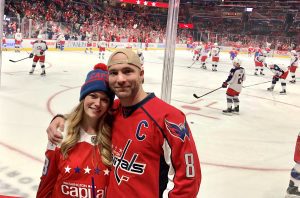 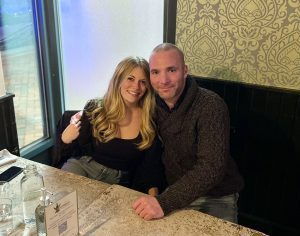 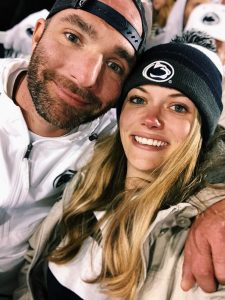 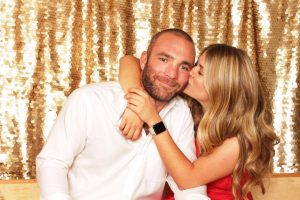 is a historic wedding venue in Leesburg, Virginia. This stunning property features a grand conservatory-style ballroom, a rustic barn, and a charming farmhouse, providing a range of excellent event spaces to suit any wedding vision and style.

is a historic wedding venue in Leesburg, Virginia. This stunning property features a grand conservatory-style ballroom, a rustic barn, and a charming farmhouse, providing a range of excellent event spaces to suit any wedding vision and style.
See OUr Full Review

They only thing they love more than watching horror movies together is each other!

A Frederick Wedding Videographer's Look Into Their Love Story

If two souls are meant to be together, fate has a wondrous way of ensuring their paths cross (sometimes more than once) until they find that perfect moment where sparks fly. These two lovebirds’ story first began 8 years ago when Tiffany was visiting a friend at Penn Tech, where Matt attended university. Matt’s dorm was hosting a party, which Tiffany and her friends were also going to. When their eyes first met, Tiffany and Matt were instantly attracted to one another. They spent some time together and exchanged information thinking nothing would come of it. At some point in the night, due to dormitory rules, all guests had to leave but the party went on. Instead, Matt and his friends snuck Tiffany back through the gate to the dorm to keep the party going. Long story short, she had one too many to drink and so took Matt and company on an adventure of trying to 1. find her, 2. convince her to quiet down and not get them into trouble, and 3. go to bed! Matt was a gentleman, and simply took care of her and let her sleep in his bed while he took the couch. After this night, the two of them never really talked to each other since they went to different schools.

Fast forward 8 years; Matt was working in Rockville and matched with Tiffany on Hinge. He instantly recognized her, but she didn’t recognize him. Naturally, Matt reminded Tiffany of the night they met and, after a few messages, she decided to ask Matt for drinks. Although they expected to have a good time, neither of them expected as much fun as they had! It was truly the beginning of something beautiful.

When we asked Tiffany & Matt when they knew marriage was the next chapter in their love story, Tiffany shared that they both knew early on that they had found their forever. “By the time we hit four months of dating, both of us were pretty much all in (Matt preemptively bought a ring…). By the time we hit a year, we knew we were each other’s person. We’re excited about the commitment of spending our lives together and celebrating our love surrounded by friends and family. We can’t wait to start our lives together.”

In their free time, this adorable couple loves watching horror movies – so much so that Matt keeps a running list of all the movies they watch so they don’t watch doubles. They are avid travelers and love seeing new sites together. In early 2022, they visited Hawaii for the first time and did a helicopter tour over the island. Tiffany and Matt both enjoy hiking and kayaking; basically, anything outdoors but they’re just as happy cuddling on the couch. You can also find them attending concerts, and getting together with their friends.

Above everything else, Tiffany & Matt value family, putting good into the world, and believe in the value of partnership and having a strong foundation for that partnership. 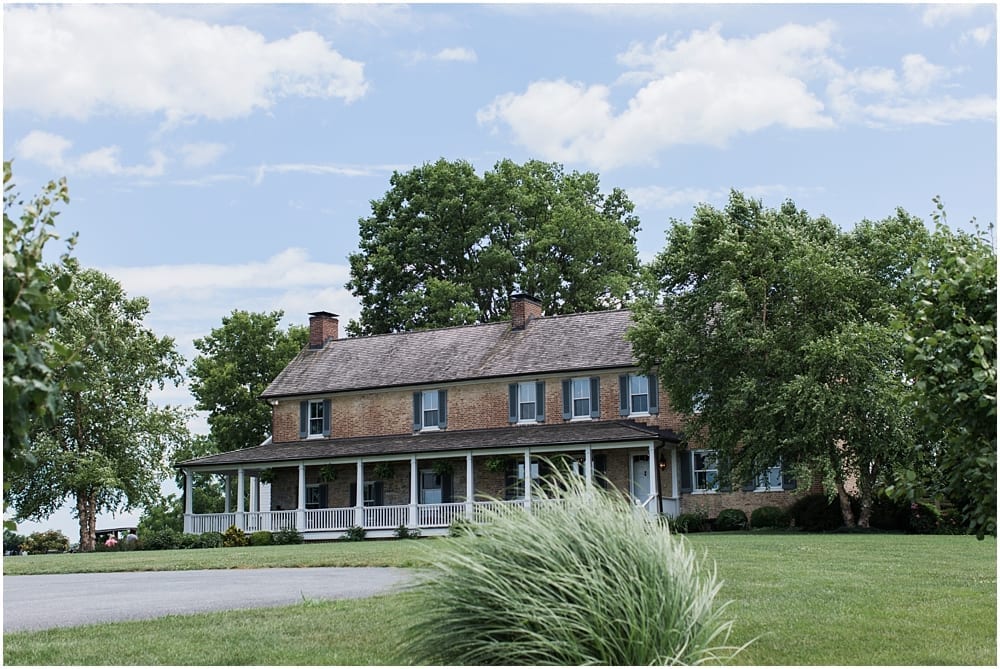